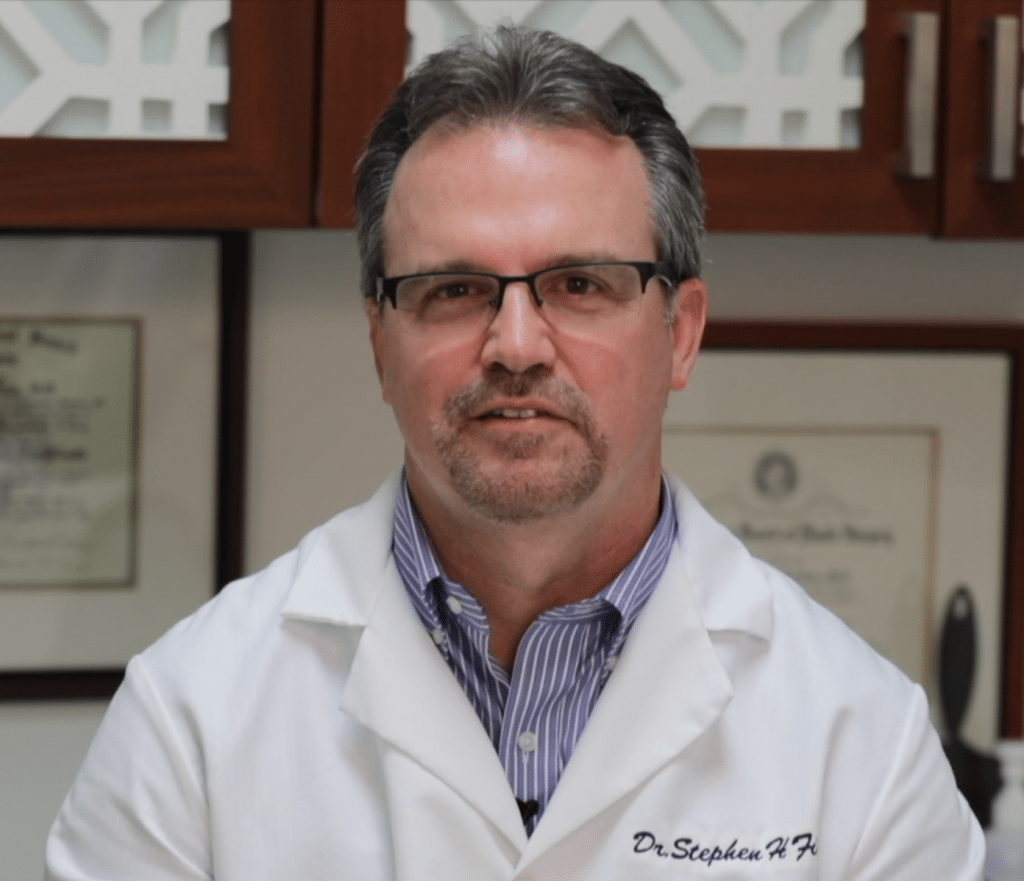 Dr. Fink is originally from Michigan and grew up in Jacksonville, Florida.  Medicine is a family tradition established by his father, a plastic surgeon and mother, a registered nurse.  Dr. Fink’s interest in plastic surgery peaked when he accompanied his parents on mission trips to Mexico and the Dominican Republic.  He assisted his father in various plastic surgery procedures.  As a result of his parent’s influence, Dr. Fink and both his siblings chose careers in the medical field.

Following residency, Dr. Fink spent a year in an American Academy of Cosmetic Surgery Fellowship. He trained under the direction of Howard Tobin MD, the immediate past president of the Academy. Dr. Fink participated in a busy, full body cosmetic surgery practice where patients traveled from all over Texas for surgery. The following year, Dr. Fink returned to Michigan where he became the first full time ENT/Facial Plastic Surgeon at St. John River District Hospital, North East of the Detroit metropolitan area. His practice was a broad spectrum of ENT/ Facial Plastic and Head and neck surgery. He was also the primary surgeon for facial trauma in the Emergency Department. During that time, he also returned to Mexico for more short term surgical projects.

After 10 years of solo practice, Dr. Fink was invited to join an expanding national company of Board Certified Plastic and Facial Plastic Surgeons called Lifestyle Lift. He and his wife, an emergency room nurse, relocated to Orange County in 2006 for the opening of that new center. Over the next 8 years, he worked out of both the Orange County and Beverly Hills locations performing thousands of face lifts and other facial rejuvenation procedures. Several clients were known celebrities in the entertainment industry. Many others lived out of state. Having several international clients from places like France, Belgium, Saudi Arabia and Australia provided a multicultural experience. The Lifestyle Lift was originally a mini-face lift procedure under local anesthesia. The procedures were expanded in scope to accommodate a variety of other facial rejuvenation concerns by Dr. Fink and his colleagues during those years. The concept of providing safe and effective procedures with minimal recovery time was maintained. Last year, Dr. Fink was an invited speaker at the Annual American Osteopathic College of Family Practice for California at the Disneyland Hotel. He presented some of his techniques and results of his experience and was invited to speak again in the future. Presently, he is founder of Newport Faces where he continues to expand on his experience and the advancements in the area of Facial Rejuvenation Surgery. He lives in Newport Beach where he and his wife enjoy walking his dog, Benson. They also have a cat who was rescued as a kitten. He enjoys surfing and has been involved with the motorcycle ministry at nearby Mariner’s Church where they regularly attend.

Dr. FInk In the Media

Over his venerated career, Dr. Fink has been featured in several famous publications and earned several distinguished awards. Most notably Dr. Fink has been highlighted twice within editions of Modern Luxury for his work at Newport Faces. He has also been noted as a RealSelf Top Contributor for his efforts in answering thousands of the facial plastic surgery industries top questions and concerns.

Dr. Fink specializes in facial rejuvenation which defines and eliminates the sagging lower face and reinstates a stronger jawline and brings back the neck of a younger you.  The Newport Faces Lift is performed under local anesthesia and recovery time is minimal.

Please call or email us today to schedule a complimentary consultation.

Scroll back to top